Watching Neil deGrasse Tyson geeking out super hard over Carl Sagan is awesome. It’s hard to watch the sum of human knowledge and not be humbled by how little we know. It’s the reminder that all of the little problems and concerns we carry with us are laughable, even from the closest of close stratum of human knowledge.

Honestly, I can’t believe it’s on Fox. We’re breaking through, guys. We’re getting there. It’s in bits and pieces.

FOX followed it up with some scary, cult show. Bloodletting, some sort of human sacrifice upcoming. One channel up, KCET is playing a concert with WAR & Cheech and Chong singing “Why Can’t We Be Friends?”

*Click, Click* Can you tell I don’t watch live TV very often? Miley Cyrus’ “Unplugged” set. It’s good burlesque, I would stop and watch her perform at a renegade school bus snake oil show. She’s on stage, pixie cut, ripped sequin genie jeans, a matching bikini and tattered jean jacket. Glam, androgyneous. She shares a stage with a keyboardist surrounded by an upright piano, a Hammond B3 and a Rhodes. A drummer, a couple of backup singers, a string quartet on her flanks.

I think we’re all still negotiating the space between deep, human interaction and the instant messenger gratification we rely on through much of our day. I seriously doubt that interpersonal communication can get much more impersonal than we’ve already reached. Have we reached the lowest point of conversation with Text Speak? Are Emojis less intelligent than a text that says “come outside?” We have more pictures being sent. Video.

I think we’re meeting in person less, no doubt. But are we able to thereby eliminate the need for small talk?

Some are reaching across the technological divide, grasping for human connection. But some are relieved of the external anxieties of constant unwanted interactions. More choice, more judgement on how others choose to communicate. That’s why it’s important to understand who you’re trying to talk to. You should consider this for a moment before choosing a contact method.

If someone never checks their phone, or it costs them a lot of money to text, maybe you should send them an e-mail. If they’re a slow typist, why not pick up the phone? If they’re someone you truly cherish, get coffee together. If someone’s a busy executive but has expressed their interest in helping you, keep it short and to the point. These are the social nuances of our myriad communication options that digital literacy informs.

We have to carve out intentional time and space to have the bigger conversations. They’re happening all around you. If you’re feeling like your social/spiritual needs aren’t being met, maybe you should put down your GlowingRectangle. 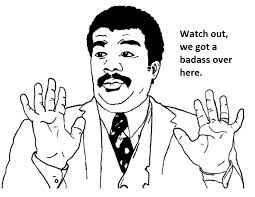 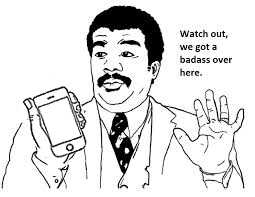