So that’s what humidity feels lile.

We’re hovering somewhere in the mid-90%’s here in Playa del Carmen, about 20 minutes from Cancun and it’s quite a wake up call for a spoiled Angeleno like me. Yesterday we jaunted out to Tulum and landed at El Paraiso resort. Despite some ominous looking clouds and a few sprinkles early in the day, we managed to pull together an incredibly relaxing day in the white sands. I don’t know when/if I’ll be able to upload my photos from my good camera throughout the trip, but here’s what the beach in Tulum looks like: 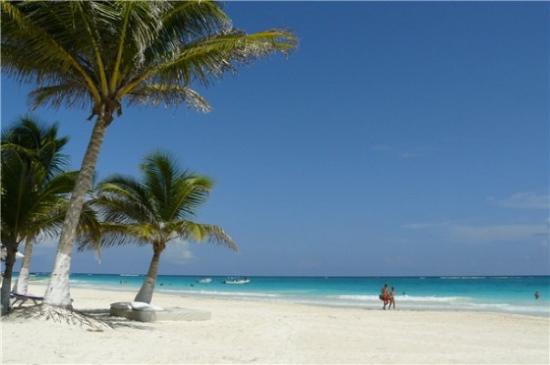 Tom and I caught a ride back to Playa del Carmen with two French girls and one local girl. When we got back, we all grabbed some Italian food and enjoyed a great meal with jokes shared in at least 4 languages.

To go back a few days to before we left Mexico City, we managed a whirlwind experience of its cultural offerings. With what seems like a museum on every block, we hit some highlights.

The Anthropology Museum was first.  A sprawling campus that juxtaposes indigenous Mexicana with the reactionary force of acculturation, conversion and modernity. An incredible expanse of everyday objects, religious symbols and public/private art tell the story of a region in a constant flow of elevating the mundane. 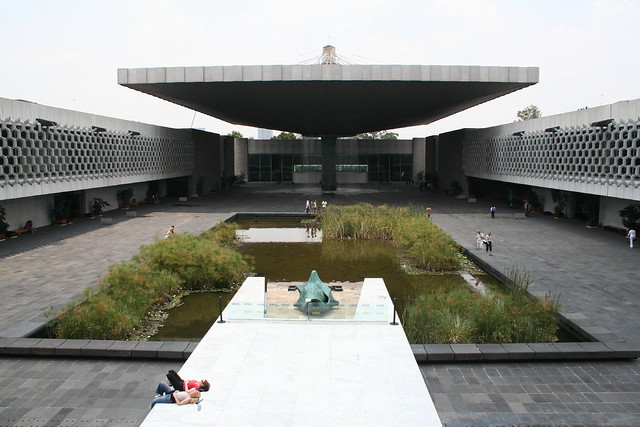 While wandering through the fancy shmancy neighborhood of Polenco, we were drawn into the geometric foyer of what we did not know was the David Siqueiros museum. Housed in a home purchased by the Siqueiros family, the landmark was a multi-sensory experience. It was stunning: bright white walls adorned with a three dimensional panorama of intersecting lines, a polygonal tapestry of black marker and mostly-brown paint. Again, picture not mine (from the SAPS site):

A movie by Miguel Angel Rojas shared the space in a separate viewing room. The film depicted this clear cube, dropped along with many preconstructed industrial cubes, exploring some forlorn quasi-rural landscape littered with urban decay. It was visually very compelling, though I’m sure I missed some of the context (what was the metaphor of a group of female country-women brushing dirt onto the edges of the cube??).

A couple of days later, we made it out to the ancient ruins of Teotihuacan. In a sly twist of events, we chose one of the pyramids to climb, the Pyramid of the Sun. It wouldn’t be until walking through DF (Districto Federal=Mexico City) later that night that we would realize that it was the full moon! Aooo! 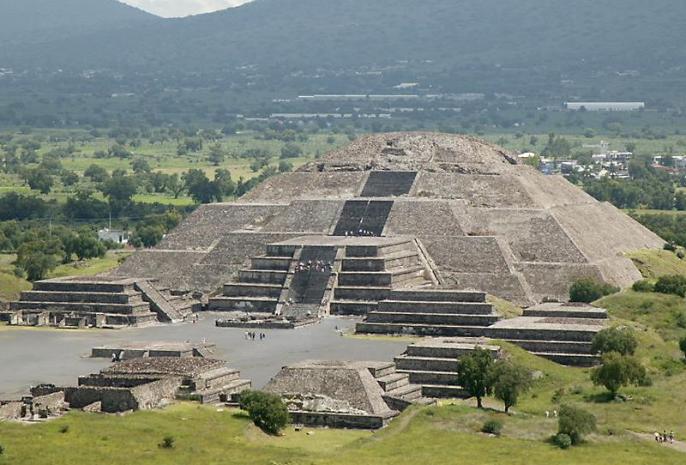 But I digress. We hurried out of Teotihuacan as we only had a few hours left to visit the Museo de Arte Moderne back in Mexico City. The circular museum featured all (or at least predominantly) Mexican artists, including another Siquieros, Frida Kahlo, some incredible and some disturbing photographers and a playful sculpture garden.

On our final day in Mexico City, we dined at an incredible restaurant, El Cardinal, for breakfast. The service was 5 star, the food affordable and an experience I’ll never forget. We were able to pop into the only sort-of-open Palacio de Belles Arts which hardly appears Art Deco from the outside. We didn’t get to spend enough time exploring its intricacies but I hope one day to visit again as Art Deco gives me a serious Art Attack. 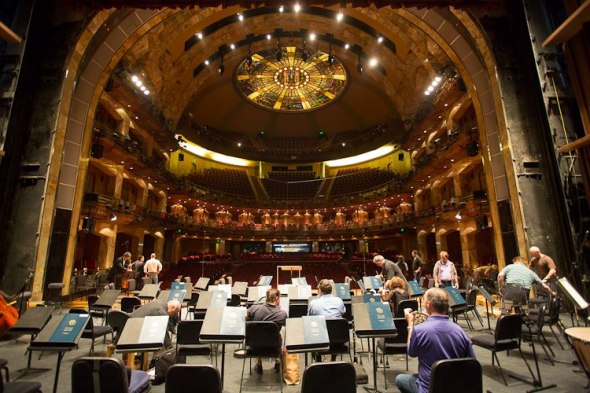 Anyway, we’re still in Playa del Carmen for a few more days, enjoying the sun and putting all of our attention into doing as little as possible. I’m suffering from a slight case of sunburn and a bad case of bed bugs from the first hostel we stayed in here in town. Ain’t no one gonna break my stride. Aloe and Cortizone in tow, I trudge on.

The GoFundMe campaign for our final leg is almost complete, just $75 more to go. Can’t wait to visit Cuba and take all the pictures that I’m meant to take. I’m anticipating some of the best shots of my life!